Voiding the Warranty on a Digi Connect ME

I've always taken the approach in programming that if you're going to code for a platform, you had better understand the underlying technology. In Windows I've spent hours trawling through API specs, books and articles to get to grips with the lower levels that underpin the abstraction of the day. Whilst I sit up on top of all that, coding away in C#, I like to think I have a fairly deep understanding of the implications when I declare my new string;.
After a failed experiment in upgrading the Digi Connect ME (revision A) module to the Microsoft .NET Micro Framework (.NET MF) version 2.5, I decided to peel back the sticker and see what makes this module tick. My module was completely bricked, so I wasn't losing out on anything.
The Digi Connect ME is a 55MHz ARM 7 based .NET MF module. It has an RJ45 Ethernet port, a serial port and 5 GPIO ports. It's one of the simpler modules, and is appropriately low priced at around US $50 at the time of writing.
One of the first things I noticed when attaching a serial port to the module was this boot sequence (at 9600 baud): 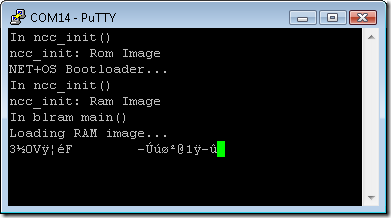 Interestingly, it appears it is not the TinyCLR booting here, but another operating system 'NET+OS'. These modules are sold with two different platforms available: a NET+OS version; and a .NET MF version. One of the claims of Microsoft for the performance and efficiency of the .NET MF is that it does not actually require an underlying operating system (OS) to run - the .NET MF runs directly on the metal. It appears in this case though, that Digi has basically ported the .NET MF over the top of their existing embedded OS. What that probably means for development on the module is that any time you call a .NET MF managed method, under the hood you're just calling a wrapped NET+OS API.
If you switch the baud rate on the serial connection to 15,200, this is the boot sequence info: 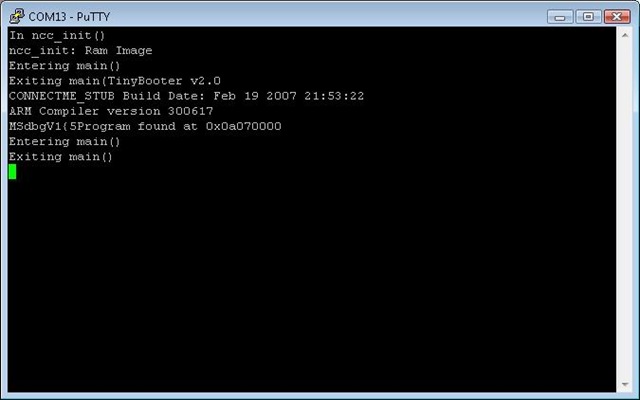 Opening up the case reveals some more interesting details...
Opening the Chassis
The case enclosing the DCME's innards is like an aluminium origami. You can easily slide your fingernail under the lip of any of the side flaps to prize them away from the main body. After a bit of unnecessary unfolding I discovered that actually all you need to do is:
At this point the module does still power up and runs the small remnant of the OS that was left after the failed .NET MF upgrade... After the next bit though, there's not much chance I'll ever get this thing going again. These pictures show the chipset of the module once you clip the legs off the Ethernet port and remove it:

Posted by Luke Thompson at Thursday, May 16, 2013
Email ThisBlogThis!Share to TwitterShare to FacebookShare to Pinterest